MTC's third small fall musical was Daddy Long Legs, the story of orphan Jerusha Abbott and her mysterious pen pal sending her to college in turn-of-the-twentieth-century New England. The show featured a cast of two talented freshmen and was put on in an ornamented Skylight Room in Commons. 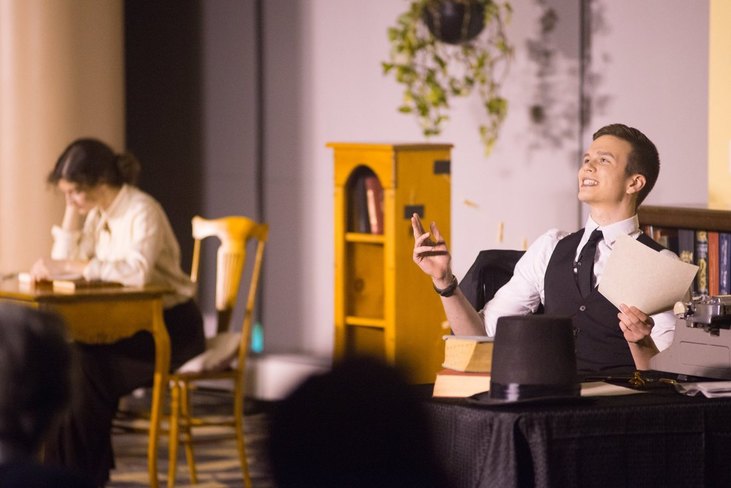